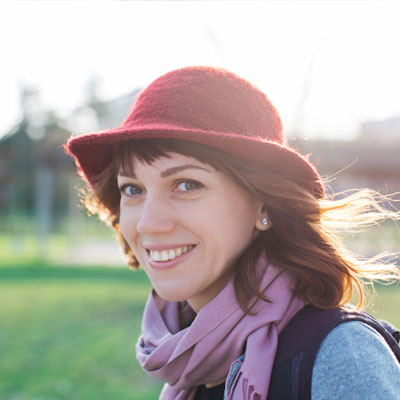 Karina Sofit - artist, documentary director. Has two higher education and about 10 years of documentary work. Works mostly in the genre of installation and the creation of artifacts, creating large objects of wood, plaster, fabric and hay. The artist also works in the genre of video art revealing the themes of social conflicts and political confrontation. In recent years, the topic of gender discrimination, self-identification and equality of personality in the society are relevant for the artist. Karina also participates in group exhibitions, contests and festivals. Documentary work "Battalion", filmed in the ATO zone of personality scum and change of values ​​during hostilities, was broadcast on two Ukrainian channels and won the prize at the International Film Festival "Light".
https://www.behance.net/karinasofit

Conception 1 of the project HARVEST.
Tress, as a symbol of femininity, the image of the central static figure in the family. Woman as a wife. Woman as a mother. Basis of the basics. The gender issue remains open, deforms that change in the function of women. As a result, perversion of family values and disconnected links between husband and wife, mother and child. Destruction of the "institution of the family" and the transfer of the degraded model to the next generations. Hay collected from various mowing in the village of Travneve with the help of local people. The problem of the region is the massive departure of one from family members abroad to work. The situation of "one-sided" education of children and broken ties, one way or another, concerns Ukraine as a whole. Lost family values, priorities, the division of roles between parents, an inexhaustible question of modern Ukrainians.

Conception 2 of the project ADAPTATION
The Ukrainians are unique people, who during their history are experiencing destruction, resettlement, famine and assimilation. But Ukrainians are still remaining the most adaptive people who create a new Ukrainian house in a new place.
Leonid (82 years): - I went to the army to the Far East, and when I got into such difficult conditions I learned that many Ukrainians were forcibly evicted here. It is interesting that the Ukrainians could be seen at once: painted houses, fruit trees, benches near the house.
Katerina (61): - My mother was taken to the train straight from the street, more than a week they went in ice cars, landed among Siberia, and in 5 years, on the spot of "ejection" of the Ukrainians, a Ukrainian village appeared. Where did they get the seeds for sowing the garden tools for construction? But in a short time, the Ukrainian village was very well organized.
Nadezda (81 years): - During the Second World War, there was nothing left of our house, we were on the street. I remember how, in a closed courtyard, the four of us jumped on the deck near the military registration and enlistment office, and my mother did not know where to put us-they did not give us an apartment. By the end of the day we were given a basement room and after a while, the walls were white, there was a neat embroidered bed and clean basement windows.
Valentina (31): - The mother and father were divorced, and it was the end of the 90's, there was nothing to wear, there was nothing to eat. Kyiv region was absolutely hungry. Recently I learned that my mother cooperated with a neighbor in order to get flour, and secretly made moonshine (vodka), and then pancakes and pies were baked from this flour.
Lydia (54 years): - I had to go to earn money abroad. Without knowledge of the language, money, documents with housing was difficult. I cooparated with another two women and cooked borsch, calves-foot, salted herring. Now I'm in a new apartment with my new husband - Ukrainian missis